Born In 1972, I came into the world amid turmoil in my family as well as my country, Zimbabwe. My family originates from the Tonga tribe in Kariba, Zimbabwe. The Tonga people have been called the “forgotten people” – a minority and marginalized people group in the northwest of Zimbabwe. We live in very harsh and under-developed conditions. And I come from a polygamous family—my mother was the second wife to my father. My parents came from very different backgrounds and beliefs.

The disharmony and constant quarrels resulted in my parents’ divorce in 1982. Though confused, wounded and feeling abandoned, I tried to keep everything on the outside looking normal. Because of my father’s neglect, the burden fell to my mother to take care of all four of us. As the eldest son I saw my poor mother struggling to give me a better life and education.

On April 11, 1987, at 15 years old, I converted to Christ. A missionary came to my town and showed the “Jesus Film”.  From a Jehovah’s Witness without any true or personal knowledge of Jesus Christ, I became a true follower of Christ Himself.

The part of the film that touched my heart the most was the crucifixion.

While Jesus was coming to the cross the crowd was becoming smaller and smaller until he was left alone. The crowd that sang "Hosanna" to the king was then saying, "Crucify him". Seeing Christ on the cross with nails through his hands and feet, and with a crown of thorns on his head, I wept. He looked at the wicked people and said ”Father forgive them.” That sentence changed my life. I thought He had the right to hate them, but instead He paid good for evil. I immediately heard Him saying to me, “Follow this path, walk on it.” And I did!

That day I made a long list of people I hated—with cause—starting with my father. At the end of the film I quickly responded. I confessed my sins. I committed my life to Jesus Christ as my personal Savior and Lord. I accepted the claims of the Christian faith and embraced a personal love from Jesus and for Jesus. He revealed Himself to me. Immediately the blood of Jesus removed my anger and emptiness.  Jesus changed my life forever!

A Call to Family and Ministry

Because of my decision to follow Christ, my cousin disowned me, disinherited me, imprisoned me, and beat me. In all my struggles with rejection, God was in control. Through the work of the Holy Spirit and through a missionary who discipled me in my personal experience with Christ, I chose to go back to school for pastoral training. And I married my wife Chiedza on September 11, 1991. Now we have three children: Naome (21), Emmanuel (26) and Reuben Junior (16).

After our wedding and completing seminary, my first assignment was as a missionary, ministering to the underprivileged and marginalized Tonga people in the Binga district and in the Zambezi valley region. Ordained on February 26, 1995, I began full time pastoral ministry.

Currently I serve as the pastor at Mufakose Baptist Church in Harare, Zimbabwe. And I founded and lead Living Word Ministries, to serve the poor. Several years ago, I experienced the Jesus-Focused Youth Ministry training. I have implemented all aspects of it in my church and in our youth ministry. Then I began to train other leaders in Jesus-Focused Youth Ministry. Now I am the Country Leader for Zimbabwe—a significant calling and valuable privilege for me. We hope to take JFYM to every church in Zimbabwe! 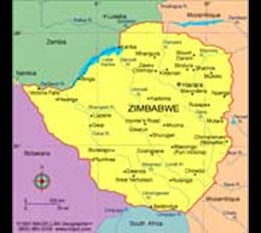